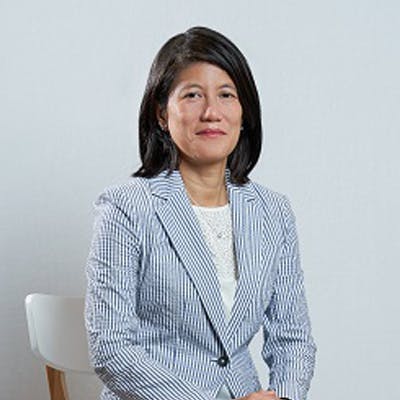 Chi Hsia is a career diplomat who joined IMDA in November 2020 to power up IMDA’s international strategy, engagement and collaboration. Singapore’s digital transformation through deep investments in digital infrastructure, innovation and inclusion will be amplified with stronger global collaboration in norms and standards, with data and technology as the new frontiers of value creation in the global digital economy.

Prior to joining IMDA, Chi Hsia was Singapore’s High Commissioner to the UK based in London, and concurrently Ambassador to Ireland and to Iceland. She was awarded the Public Administration Medal by the Government of Singapore in 2008, the Dame Commander of the Victorian Order by Her Majesty The Queen Elizabeth II in 2014, Freedom of the City of London in 2016 and the National Day Long Service Medal in 2020.

Earlier in her career in the Ministry of Foreign Affairs, she served in the Permanent Mission of Singapore to the United Nations during Singapore’s only term in the UN Security Council from 2001 - 2002, and was also involved in Singapore’s only case before the International Court of Justice when sovereignty over Pedra Branca was awarded to Singapore in 2008.