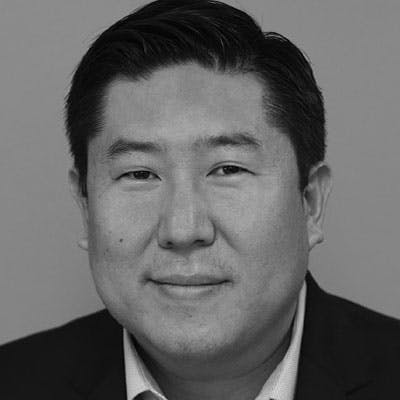 Previous to his current position, he was the business development executive at Raytheon Intelligence & Space, where he led a team to fully develop and execute a global and domestic growth strategy. He worked to meet the growth goals of a vertically integrated, multi-billion-dollar space and command-and-control business.

From 2006 to 2019, Kim demonstrated his ability to grow companies as vice president of Strategic Planning at Millennium Space Systems and as a program manager at Northrop Grumman Aerospace Systems.

From 1999 to 2006, he served as a program manager in the U.S. Air Force’s Space Superiority Systems Program and Reconnaissance Systems Program offices, where he gained a deep background in advancing autonomous systems starting on unmanned aerial vehicle programs such as the Global Hawk and Predator and growing to acquisitions and developments of first-of-its-kind classified and unclassified space and ground systems.

Kim has served on the National Defense Industrial Association board of directors and Space Enterprise Consortium formation committee and has been an active member of the National Security Space Association.He is a graduate of the U.S. Air Force Academy with a Bachelor of Science in Electrical Engineering. He received a Master of Science in Electrical Engineering from the Air Force Institute of Technology and a Master of Business Administration from