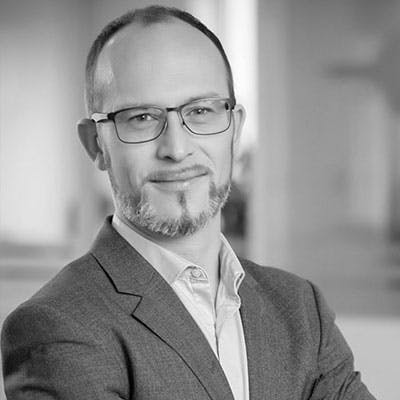 Nicolas Capet, ANYWAVES CEO, is a French PhD engineer, expert in electromagnetism and microwaves, graduated from ENAC and Toulouse University.

He started his career at the French Space Agency (CNES) as an antenna engineer where he was in charge of antennas innovation for future applications. Focused on innovation, he led various antenna studies of advanced concepts for future missions and new space technologies. He also handled technological as well as conceptual subjects and worked on various advanced projects for Telecom , Earth Observation, Navigation…

All along his career, Nicolas CAPET contributed to more than 65 scientific publications and 25 patents. Among them, a true technology breakthrough based on 3D printed substrates was about to become a secret sauce and paved the way to an entrepreneurship adventure.

Nicolas’ passion for space and his real desire to contribute to French & European new space boom drove him to launch his own start-up. In 2017, he created ANYWAVES, a CNES spin-off, which develops revolutionary antennas for satellites constellations.

Three years later, the start-up dedicated to new generation of miniature, high-performance & hight quality antennas for space applications has been awarded many times and already has its space heritage with 5 antennas in orbit. New products are on their way,  the team keeps on growing and the story is meant to be continued!