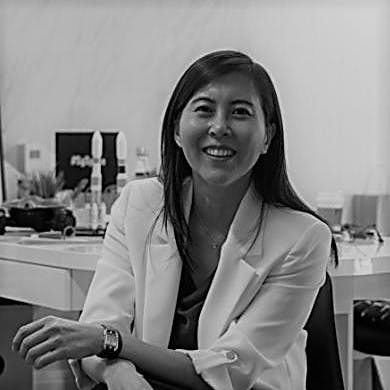 As Chief Executive of SSTL, Lynette develops the organisation’s industry initiatives, leads its startup accelerator programmes and drives its consulting business, identifying opportunities for government organisations, companies and individuals to participate in the growing Asian space industry. In addition to running SSTL’s very own space accelerator programme for tech startups, she is also the managing Partner of Project Cyclotron, an exclusive programme with the Singapore government that assists early stage, deep tech, space start-ups.

She is a Karman Fellow, an international award given to individuals whose achievements in space are outstanding. She is also an advisor to German space start up, MyelinS.

Lynette is active in promoting Science, Technology, Engineering and Mathematics interest amongst youths and women. For her efforts and accomplishments, she received the Lancôme Visionary Award in 2018 and was recently recognised for her “Outstanding Contributions to the Science & Technology Industry” by a leading women’s publication. She was also recognised as a Trailblazer on the inaugural “Singapore 100 Women in Tech List” in 2020 for her outstanding efforts to put Singapore on the map of the space industry and for being a pioneer in the region’s space sector.

Before her career in space and deep tech, Lynette held a management position in the M&A division at a global pharmaceutical company where she managed regional deals up to USD 30 million. She was awarded the Asia Pacific President Award and the GSK Spirit award. She also spent 6 years in the Singapore government service and was a centre director in the Asia Pacific team. During the 6 years, Lynette was actively involved in developing market opportunities across a variety of industry sectors including automotive, mining, digital media and pharmaceutical.

Lynette received her Master of Science in Chemical Engineering from the University of Stanford. For her Undergraduate degree in the same field, she obtained the highest distinction, the Alumni Award, the Franklin A Boyle award amongst others at the University of Illinois – Urbana Champaign. She was a recipient of the Sundstrand-EDB scholarship in 1999 which awards only one scholar a year.

Lynette is a mother of two active children and enjoys hiking.