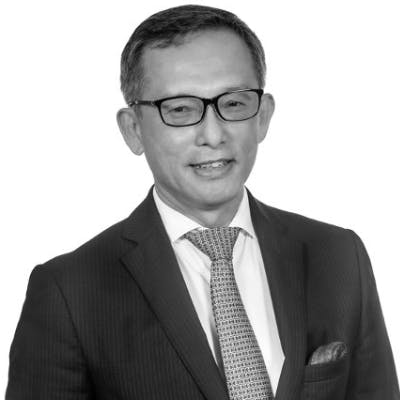 Simon SC Tay is a public intellectual as well as an advisor to major corporations and policy-makers. Based in Singapore, he is Chairman of the Singapore Institute of International Affairs, the country’s oldest think tank that has been ranked as the best independent think tank in Asia. He is concurrently a tenured Associate Professor, teaching international law at the National University of Singapore Faculty of Law and has also taught at Harvard Law School, the Fletcher School and Yale University. Prof Tay is also Senior Consultant at WongPartnership, a leading Asian law firm of some 300 lawyers and with offices in ASEAN, China and the Middle East. He served on boards for leading global companies including MUFG Bank of Japan, Toyota Japan, and Deutsche Boerse (Asia), and was previously Corporate Advisor to Temasek Holdings(2006-09). Prof Tay is appointed as an Ambassador for Singapore, currently accredited to Greece on a non-residential basis. From 1992 to 2019, he served in a number of public appointments for Singapore including as Chairman of the National Environment Agency (2002-08); an Expert and Eminent Person in the ASEAN Regional Forum (2002–2019); an independent Member of Parliament(1997-2001); and to coordinate the country’s equivalent of the Peace Corps(1990-93).