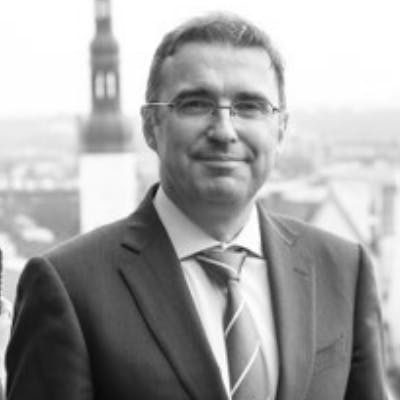 Minister of Entrepreneurship and Information Technology, Ministry of Economic Affairs and Communications, Estonia

Mr Andres Sutt is the Minister of Entrepreneurship and Information Technology since 26 January 2021.

Prior to his role in public office, Mr Sutt worked for 17 years in the Bank of Estonia, for the last 8 years as a Deputy Governor responsible for financial stability (2001-2009). He has extensive experience in bank restructuring and crisis management. Mr Sutt has also served as a Member of the Supervisory Board of the Estonian Financial Supervisory Authority. He was also a Member of the Banking Supervision Committee of the ECB.

Mr Sutt was a Member of the Executive Board at Eesti Energia (the largest energy utility in Estonia) in charge of client services, IT and government affairs (2017-2018).

Mr Sutt worked for the European Stability Mechanism (ESM) in Luxembourg as Head of Banking (2013-2016). He joined ESM’s predecessor European Financial Stability Facility (EFSF) as Senior Advisor to the CEO of the EFSF in June 2012. Before joining the ESM, Mr Sutt was Senior Advisor to Executive Director and Member of the Executive Board of the International Monetary Fund in Washington D.C.