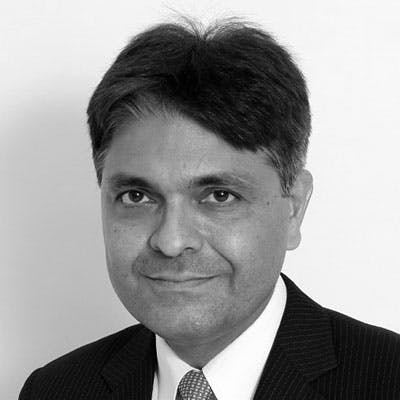 Imran Malik, heads the sales team of SES Networks which is responsible for sales in the Fixed Data segment around the world.

Imran has more than 20 years of experience in the field of Satellite Communications and has served in several senior level management positions during his distinguished career.  Imran was the VP Sales APAC and Middle East for O3b Networks for five years.  Prior to this assignment Imran was the CEO of Supernet Ltd., the leading data communications service provider in Pakistan, for six years. During his time in Pakistan he was also a Member of the Board of Directors of PAKSAT International which operates the PAKSAT-1R satellite and an Executive Director on the Board of Telecard Limited, a telecommunications service provider listed on the Karachi stock exchange.  In 2005-6 Imran was appointed as the Advisor to the Government of Pakistan for Satellite Communications and was instrumental in the PAKSAT-1R program.  In the early part of his career Imran has also worked at Lockheed Martin, General Electric (GE) and Hughes Network Systems respectively.