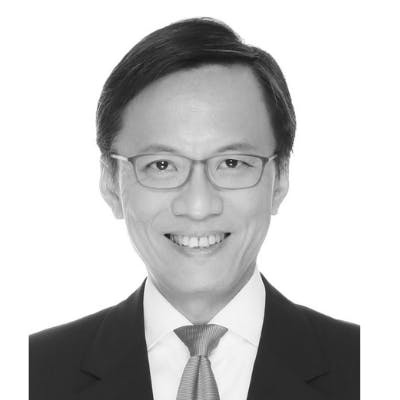 Mr. Russell Tham is Head of Strategic Development, and Joint Head of Enterprise Development Group, focusing on building new businesses and investing globally in early-stage high potential Science & Technology ventures respectively. He joined Temasek in May 2020 after 2 years at ST Engineering where he was President of New Enterprises and Ventures.

Previously, he worked at Applied Materials, a Silicon Valley headquartered technology MNC, from 1994 to 2018 where he last held the position of President, Applied Materials Southeast Asia and concurrently held global corporate level business development responsibilities for new markets. He led the regional business and oversaw the company’s Singapore infrastructure expansion into manufacturing, supply chain, R&D and product development for global markets. Having joined Applied Materials in 1994, he assumed the position of Regional General Manager, Southeast Asia from 2004 to 2009 after serving in various positions between 1994 to 2003. He went on to concurrently hold various global leadership roles.

Mr. Tham serves on the board of AEM and Nanofilm Technologies, both SGX listed companies, Xora Innovation and Surbana Jurong Private Limited. He is the Deputy Chairman of Temasek Polytechnic Board of Governors, and a board member of Infocomm Media Development Authority, IMDA and SkillsFuture Singapore, SSG. He is a member of the Singapore Government’s Future Economy Council, FEC.

Mr. Tham holds a Bachelor of Mechanical Engineering from the National University of Singapore.