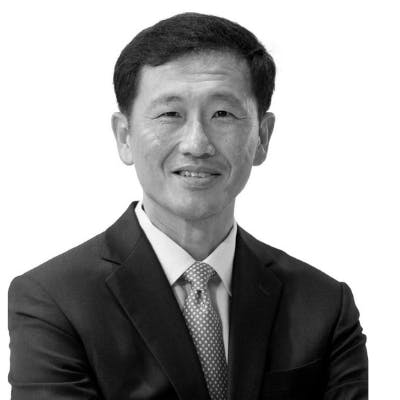 Ong Ye Kung is the Minister for Health. He was elected Member of Parliament for Sembawang Group Representation Constituency (GRC) in September 2015, and was re-elected in July 2020 in Sembawang GRC.

He had held the positions of Minister for Transport, Minister for Education, Second Minister for Defence and board member of the Monetary Authority of Singapore.  He is also the Chairman of the Chinese Development Assistance Council.

Prior to joining politics, he held various positions in Government, including Chief Executive Officer of the Singapore Workforce Development Agency, and Deputy Chief Negotiator for the US-Singapore Free Trade Agreement.  He served several years in the Labour Movement, as the Deputy Secretary-General of the National Trades Union Congress, and spent some time in the private sector, as the Director of Group Strategy at Keppel Corporation.

Mr Ong graduated from the London School of Economics and Political Science (UK) and the Institute of Management Development, Lausanne, Switzerland.  He is married with two children.