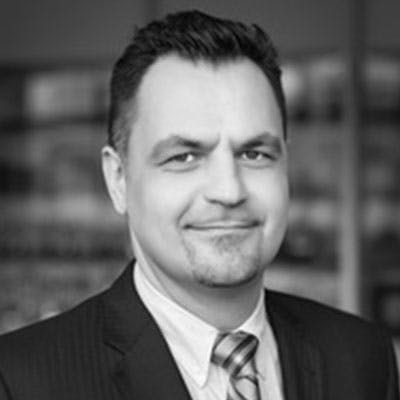 Dr. Emir Hrnjic is Academic Director of UCLA-NUS Executive MBA, Head of FinTech Training at the Asian Institute of Digital Finance (AIDF), and Senior Lecturer in the Department of Finance (all at National University of Singapore).

Previously, Emir served as CEO of BILIF (a training arm of Monetary Authority of Brunei Darussalam) and faculty member at Virginia Tech University and Tulane University.

During his career, he has published several case studies which have been taught at leading universities such as Harvard, Stanford, Yale, Cornell, and Chicago, among many others.

He has been involved in several consulting projects including litigation consulting and FinTech / blockchain consulting.

Born in Bosnia-Herzegovina and citizen of Singapore, Emir obtained a Ph.D. in Finance from Tulane University and was academic visitor to University of Maryland and University of Southern California.