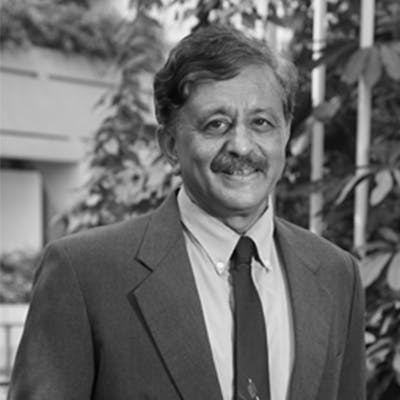 Professor Subbu Venkatraman has a PhD in Polymer Chemistry from Carnegie-Mellon University. He has spent about 15 years in biomedical R&D in the USA, working with various applications of polymeric materials, before joining NTU as an Associate Professor in 2000. He was instrumental in starting the Biomaterials effort in NTU and developing the paradigm of research driven by medical needs. He served as Associate Chair for Research for 6 years, before taking over as Chair in 2011. Under his watch the School jumped 41 places in the rankings to #3 as per the QS rankings, and #1 as per the US News & World Report rankings. He has published extensively in the field of biomaterials, with a total of 240 publications, H-index of 40 and a citation count of 6780. He also holds 60 granted patents from a total of 171 applications. His translational work in biomaterials has led to 3 spin-off companies, with one of them (Amaranth Medical) obtaining substantial series C funding. He has also received the 2014 Singapore President's Technology Award together with Prof Freddy Boey and Adjunct A/P Tina Wong, for their innovative application of nanostructures and novel drug delivery approach to combat blindness from glaucoma. He is also the co-founder of Peregrine Ophthlamic Pte Ltd and Amaranth Medical Pte Ltd.

His research group is interested in designing and modifying materials for biomedical applications. In this work, they are closely associated with local hospitals and researchers, including the National Heart Centre, Tan Tock Seng Hospital and the National Cancer Centre. Overall, the focus of the work is in bringing benefits to patients through imaginative use of biomaterials and medical devices. He joined NUS ILO in December 2019, where he is in charge of technology management for NUS, Additionally, he will also be in charge of NUS NOC in N. America. He is applying nanotechnology concepts to the development of mRNA-based therapeutics, including mRNA vaccines that will be single-shot and stable at refrigeration temperatures.