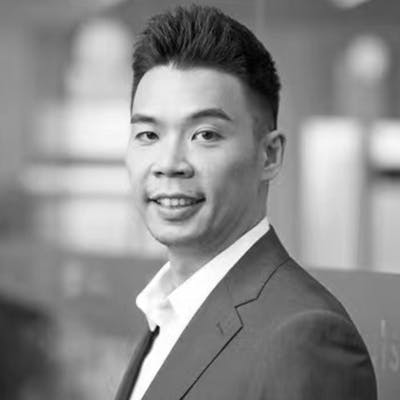 Jeffrey Tiong is the founder and CEO of PatSnap, a globally-recognized competitive intelligence innovation platform. Under his leadership, the company has grown from a small four-person operation to international prominence in the highly competitive field of patent analytics. Today PatSnap enables more than 10,000 customers in 50 countries to access market, technology, and competitive intelligence as well as patent insights to take products from ideation to commercialization.

Tiong conceived PatSnap with a simple vision: democratize patent data to enable better and more efficient research that fuels innovation. Since its inception, PatSnap has played an instrumental role in enabling market-leading organizations to innovate faster than their competitors, protect and advance their IP positions, increase R&D efficiency, and anticipate opportunities across different industries.

His idea for a competitive intelligence platform took hold in 2005 during his university internship with a medical device start-up in the U.S., where he conducted patent research on the company’s product. He quickly realized the need for AI-powered IP strategy and research to drive innovation in product development and went on to found PatSnap in 2007 after graduating from the National University of Singapore.

At the outset he was told he lacked the attributes to be a successful CEO. Tiong has proven the nay-sayers wrong at every turn through sheer grit and determination. He often describes his “super power” as adaptability. As the company took shape over the years, he has raised over US$400 million dollars from world class investors such as Sequoia, Softbank Vision, Vertex, Tencent, and Shunwei - and established PatSnap as a Unicorn.

Since his youth, Tiong has had a deep admiration for the “few guys in a garage” startup success story, counting Bill Gates, Jeff Bezos, and Elon Musk among his heroes for challenging the status quo. Their innovation and insatiable desire to learn and grow mirror his own trajectory. In his younger years his curiosity led him to read about inventors like Benjamin Franklin and Thomas Edison. When his father bought him a new computer, he disassembled it and put it back together at the age of xx. He built his first website at 17, spending the entire summer holiday learning Yahoo! GeoCities.

For Tiong, the key to successful entrepreneurship is persistence and an insatiable desire to learn and grow. Coupled with that is a firm belief in doing something that brings true value to the world and makes a positive impact.

Tiong has received international recognition for his vision and leadership. He was awarded the SCS IT Leaders Award in 2019, Ernst &Young’s Entrepreneur of the Year Award (Singapore) in 2018, and was featured on the Peak Power List in 2017.