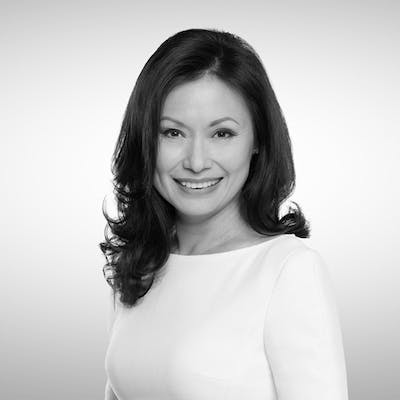 Tan has more than 25 years of experience in journalism, more than 2 decades with CNBC. During her career, she has covered business and financial market impact from major news events like the Asian Economic Crisis, the Dot Com Bubble Crash, 9-11 attacks in the US, SARS Outbreak, Global Financial Crisis, the massive tech disruption and the Covid19 Pandemic Crisis.

She received the Silver World Medal for Best Anchor at the 2009 New York Festivals Television Programming and Promotion Awards and also won the Best Current Affairs Presenter award at the 2008 Asian Television Awards.

Previously, Tan received the Best News Program award at the 2004 Asian Television Awards on behalf of The Asian Wall Street Journal. The same program also won a finalist award at the 2004 New York Festivals for Coverage of a Breaking News Story. She was a finalist for Best News Anchor in 2001 and 2002 at the New York Festivals Awards and also a Best Current Affairs Presenter finalist at the 1997 and 2006 Asian Television Awards.

In 2017, Tan won the inaugural ‘Influential Woman of the Year’ Award by research platform Influential Brands, for her exemplary achievements and contribution to the media industry.

She holds a Bachelor of Arts degree in Sociology and English and a Masters of Arts with Honors in Sociology from the University of Auckland, New Zealand.