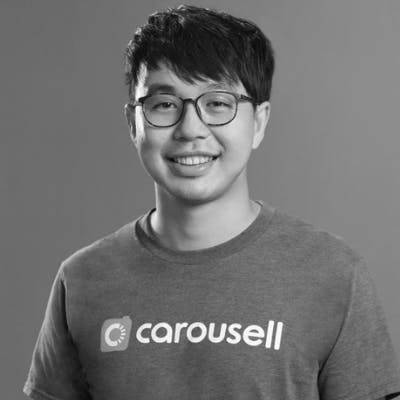 Marcus is co-founder at Carousell. Since the launch of Carousell in August 2012 together with co-founders Quek Siu Rui and Lucas Ngoo, he has been deeply involved in product design, brand, and community, and built the app’s first interface as a self-taught designer. His role has since expanded to encompass many operational aspects of the organisation. Today, he focuses on developing Carousell’s Culture and People, helping to direct the growth and development of employees, and the company culture.

Prior to Carousell, Marcus spent a year at Oracle as a consultant. He’s also spent some time as a product manager at Wikinvest, and has held various marketing roles at DDB, Yahoo, and Coca Cola. Marcus read Business Administration and Entrepreneurship at the National University of Singapore and Stanford University (Under the NUS Overseas College Program in Silicon Valley, California). In his free time, he loves photography and plays football.

Carousell is the leading classifieds group in Greater Southeast Asia on a mission to inspire the world to start selling, and to make secondhand the first choice. Founded in August 2012 in Singapore, the group has a leading presence in eight markets under the brands Carousell, Mudah.my, Cho Tot and OneKyat, serving tens of millions of monthly active users. Carousell is backed by leading investors including Telenor Group, Rakuten Ventures, Naver, STIC Investments and Sequoia Capital India.