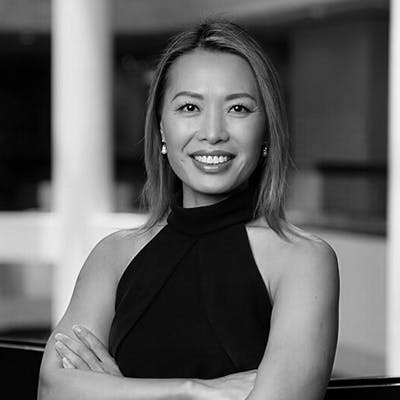 Anna Gong is the CEO and Founder of Perx Technologies, a category creating Lifestyle Marketing SaaS company, backed by the co-founder of Facebook Eduardo Saverin, LINE Ventures, and Golden Gate Ventures. Previous to founding Perx, her 5th startup experience, Anna was Vice President of Channels Sales for Asia Pacific & Japan at Infor where she’s responsible for the go-to-market strategy and execution of the channels sales business.

Prior to Infor, she was leading the Cloud, Virtualization, and Service Automation business units at CA Technologies, Asia Pacific & Japan. Anna has held multiple leadership roles, based out of San Francisco. She established and managed the Asia Pacific business for Wily Technology, the pioneer of application performance management (APM), before CA Technologies acquisition of Wily in 2006 for about US$400M. She was later stationed in Tokyo to help turn around CA’s APM business from 2009-2011, achieving 220% growth year over year.

A winner of the Singapore Women Entrepreneur Award 2017, LinkedIn 2017 CEO Power Profiles, and Singapore 100 Women In Tech, Anna has also been featured in CNBC, Bloomberg, and Forbes.

Anna, a TEDx speaker, has also spoken at many key tech conferences and as a keynote on leadership, digital transformation and entrepreneurship for large corporates such as HSBC, VMWare, Aviva and global conferences such as C2 Montreal, SaaStock Dublin, InnovFest Unbound, RISE, and European Business Leaders’ Convention.

Anna serves as the Chairwoman of SEA Founders organization, on the Advisory Board of Duke CE Asia, a Board Member at Genius Group, and a Mentor to Google’s SE Asia Startup Accelerator Program.

Anna holds a Bachelor of Arts degree in Economics from the University of California, Los Angeles(UCLA).