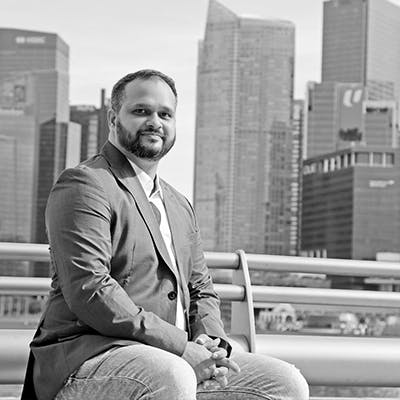 Abhayanand Singh is the Group CEO for Vistas Media Capital Pte. Ltd. (VMC). VMC is a Singapore based integrated media investment holding company in the business of film and series content development, productions, distributions across both Hollywood and Bollywood markets.

Prior to founding VMC, Abhayanand was a seasoned banking and investments professional with over 16 years of extensive experience across wealth asset management, banking and hedge funds. He was previously the managing director of Pinnacle Fund Management Ltd, an investment management company from 2010 to 2013 and the assistant vice president at Hongkong and Shanghai Banking Corporation (HSBC) from 2005 to 2010.

He transitioned to the world of media and entertainment in early 2014, using his background in financial management to expand the VMC brand across the wider industry network and has invested into global media intellectual properties (IPs) including the Critics’ Choice Film Awards (CCFA) and Critics Choice Short & Series Awards (CCSSA) in India.

Abhayanand completed a Masters of Business Administration in Marketing from Chetna Institute of Management and Research, Mumbai India.