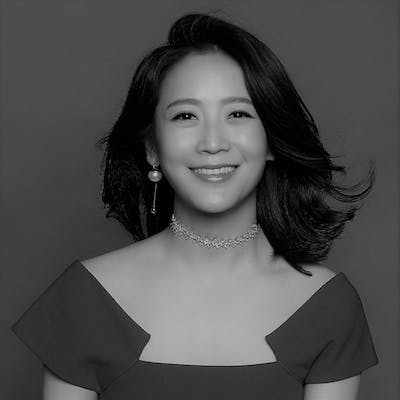 Gloria Ai is new media entrepreneur, founder of iAsk, an anchorwoman and investor. Ms. Ai was a business commentator at China Central Television Business Channel in New York and is currently the producer of "iAsk Leaders" of China's CETV. Ms. Ai is also a frequently invited bilingual host at financial and economic events in China and abroad, such as the Boao Forum for Asia. Ms. Ai is an alumnus of Harvard Kennedy School, Peking University, Communication University of China and a member of the Youth Presidents' Organization.

As the founder of iAsk, Ms. Ai is set out to interview global founders to tell innovative entrepreneurial stories from China to the world.  iAsk Leaders featured nearly 2,000 founders of the era and realized global dissemination by hundreds of media. Ms. Ai has invested in excellent technology companies such as Bytedance, Moviebook and Horizon Robotics. She was awarded the most influential investor by Rayli in 2019, the only Chinese host on the list of "Forbes 30 Under 30 Asia" in 2016, and a Global Shaper of the World Economic Forum in 2012. Ms. Ai is also a published author of three books, including Common Sense of Entrepreneurship.

Ms. Ai is the goodwill ambassador of her hometown Huangshan, which is on the List of World Heritage Sites. In 2020, she was awarded the March 8th Red-Banner Pacesetter of Anhui Province for her female leadership and charity in helping the underprivileged.