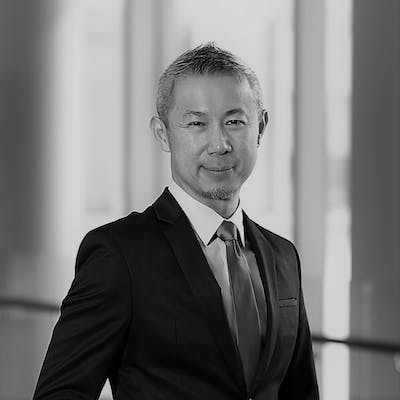 Prof. Chen Tsuhan is the Deputy President (Research and Technology) and Distinguished Professor at National University of Singapore (NUS). He also serves as the Chief Scientist of AI Singapore, a national programme in artificial intelligence.

Prof. Chen is a renowned expert in pattern recognition, computer vision and machine learning. He joined NUS from Cornell University, Ithaca, New York, United States, where he had been the David E. Burr Professor of Engineering since 2009. From 2009 to 2013, when he served as Director, School of Electrical and Computer Engineering at Cornell, he promoted the School to top ranking positions and launched several initiatives to boost innovation as well as foster research and teaching excellence. He also directed the Advanced Multimedia Processing Laboratory. From 1997 to 2008, Prof Chen was a Professor with the Department of Electrical and Computer Engineering, Carnegie Mellon University, Pittsburgh, Pennsylvania, USA, where he served as the Associate Department Head from 2007 to 2008.

Prof Chen was the Cheng Tsang Man Chair Professor and Dean of the College of Engineering (CoE) at the Nanyang Technological University (NTU) from 2015 to 2017. He championed faculty recruitment and pioneered support schemes at the NTU CoE to encourage inter-school multidisciplinary programmes, aligned with the domain areas identified in RIE2020.

Prof Chen was appointed the Editor-in-Chief for IEEE Transactions on Multimedia in 2002-2004. He was elected to the Board of Governors, 2007-2009, and a Distinguished Lecturer, 2007-2008, both with the IEEE Signal Processing Society.

Prof Chen received the Charles Wilts Prize for outstanding independent research at the California Institute of Technology in 1993. He was a recipient of the US National Science Foundation CAREER Award from 2000 to 2003. He received the Benjamin Richard Teare Teaching Award in 2006, the Eta Kappa Nu Award for Outstanding Faculty Teaching in 2007, both at the Carnegie Mellon University, and the Michael Tien Teaching Award in 2014 at the Cornell University.

Prof Chen has published more than 300 technical papers and holds close to 30 US patents. He is a member of the Phi Tau Phi Scholastic Honor Society, a Fellow of IEEE, and a Fellow of the Institute of Engineers, Singapore. He earned his PhD degree in electrical engineering from the California Institute of Technology, Pasadena, California, USA, in 1993.