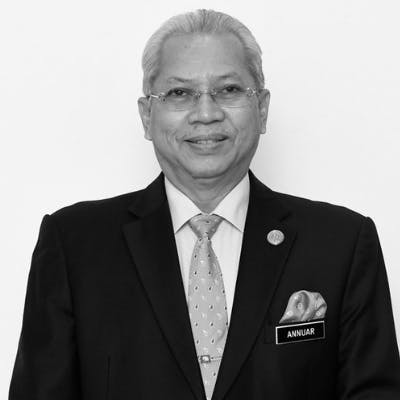 Minister of Communications and Multimedia, Malaysia

Tan Sri Datuk Seri Panglima TPr Annuar Bin Haji Musa was born in Kelantan on the 18th of May, 1956. After graduating from Tuanku Abdul Rahman School (STAR) in 1972 and Royal Military College (RMC) in 1974, he continued his education at Sophia University of Japan, Ichigaya, where he attended the university's Summer Program in 1978. He studied Bachelor of Urban and Regional Planning at Universiti Teknologi Malaysia (UTM) from 1980 to 1983. He continued his studies at University College London (UCL) in London from 1983 to 1984 after graduating from UTM.

Datuk Seri Panglima Tan Sri TPr Annuar Bin Haji Musa has been the Minister of Communication and Multimedia Malaysia since 2021. Before becoming the Minister of Communication and Multimedia Malaysia, he served as a minister on several occasions. Minister of Federal Territories (2020-2021), Minister of Rural Development Malaysia (1993-1999), and Minister of Youth and Sports Malaysia are among the ministerial positions he has held (1991 - 1993). Tan Sri Datuk Seri Panglima TPr Annuar Bin Haji Musa has extensive political experience, having served as the Chairman (UMNO) State of Kelantan from 2004 until 2009 and the Head of the United Malays National Organization (UMNO), Ketereh Division (1987 - Now). From 1991 to 2018, he was a member of the UMNO Supreme Council and the UMNO Information Chief from 2016 to 2018. He is also the Secretary General of the UMNO from 2018 until 2020 and the Secretary General of the Barisan Nasional (BN) from 2020 to 2022.