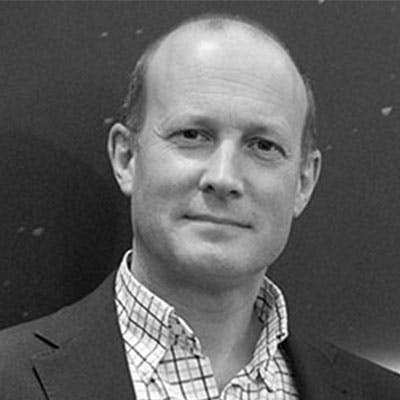 Simon is the Senior Vice President of Humanitarian Affairs for Eutelsat and a member of the ITU Advisory board for developing disaster comms strategy world-wide. He has been chosen by the other satellite fleet operators & signatories to coordinate the Crisis Connectivity Charter (Recipient of SSPI’s Better Satellite World Award 2018), linking the Emergency Telecommunications Cluster (ETC), which represents all UN & NGO entities, with the satellite industry. Simon is a long-serving Board Director of GVF elected by its members. He has been working in the satellite industry for over 20 years and during his time with Eutelsat has been responsible for overseeing over 350,000 terminal installations across 4 continents. He is the point of reference for the Eutelsat fleet for remote terminal technology. His role in Eutelsat has also encompassed developing a new class of satellite terminal, equipment approval, mobile Apps, training courses & training tools. He also designed the largest training program ever undertaken by a satellite operator, training 12,000 engineers.