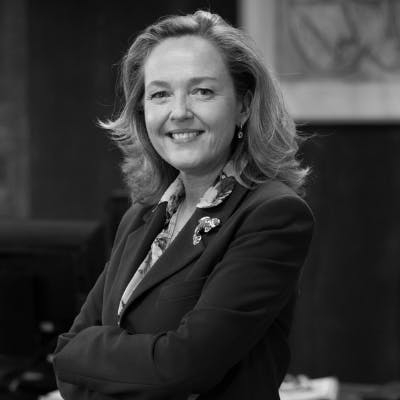 She holds a degree in Economics (1991) and a degree in Law (2001). She is also a career civil servant, member of the specialized public corps of the Spanish Administration.

Before joining the European Commission in September 2006, she pursued her career as a civil servant in Spain within the Ministry for Economy in the areas of foreign trade, macroeconomic analysis and forecasting, economic policy and competition.