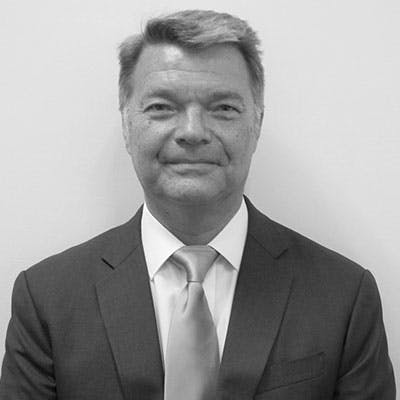 Robert began his telecom career at Ericsson in 1983, as a Controller and subsequently Finance Director, in one of its Middle Eastern branches. Following his return to Sweden in 1989 he joined Ericsson’s Customer Finance Department as Finance Manager. His main responsibilities were to manage South East Asia and Latin America.

After leaving Ericsson in 1994 he was managing Customer Finance in the International Civil Engineering field for Skanska AB in Africa, Europe and Latin America up to 1997. He returned to the Telecom market in 1997 when joining NatWest Markets (later Greenwich NatWest) in London as Associate Director TMT Structured Finance with global origination responsibilities.

Robert joined ING TMT Structured Finance early 2007 and assumed the role of Managing Director and Global Head of TMT Structured Finance and a member of the Structured Finance Management Team in 2008 before leaving ING summer of 2011 to join Huawei. In Huawei Robert’s responsibilities as an Executive Director in Customer Financing were primarily to support Sales Finance Solutions in Middle East and South Asia Pacific but also to assist in the financial management elsewhere in the Huawei Group until joining Natixis in March 2019.