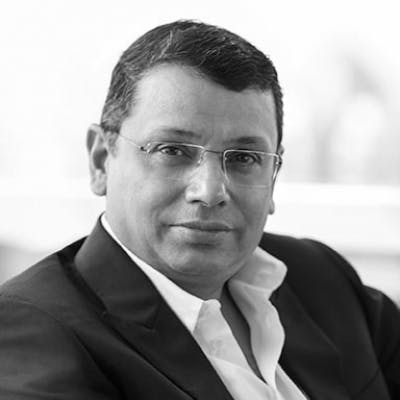 Uday Shankar has three decades of experience in the media and entertainment industry. Until recently, he was the President, Asia Pacific of the Walt Disney Company and the Chairman of Star and Disney India. He is presently the President of the Federation of Indian Chambers of Commerce & Industry (FICCI).

Uday led charge for Disney's transformation into a direct-to-consumer company in the most exciting region of the world. Within a year, he led the launch of Disney+ in five countries, making Disney the leading streaming company in Asia Pacific. His successful strategy to launch Disney+ in India through home-grown Hotstar created a new template for Asian markets, which resulted in the subsequent launch of Disney+ Hotstar in South-East Asia. Very few traditional media companies have made a leap to digital as effectively and rapidly as Star and Disney have in India and Asia Pacific.

Prior to his role at Disney, Uday was the President of 21st Century Fox for Asia and the Chairman & CEO of Star India. He took over the leadership of Star India in 2007 and since then transformed Star into one of the largest and most successful media companies in Asia. A believer in the power of local, Uday led the company's aggressive foray into regional and local language programming, transforming Star into a content behemoth. He helped fundamentally redefine India's sports ecosystem by launching domestic sports leagues in Kabaddi and Football and creating a thriving multi-sports culture.  Under Uday's leadership, Star also disrupted the country's digital landscape with the launch of Hotstar, and subsequently Disney+ Hotstar, which is India's largest OTT platform for professionally produced content and has gone global in its footprint. With its strong technology muscle, Hotstar has guided the evolution of Star beyond a traditional media institution into a leading consumer technology company.