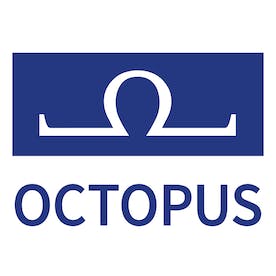 Octopus Newsroom is a global leader in the production of newsroom computer systems for the TV broadcast industry headquartered in the Czech Republic, with offices in Thailand, and the USA. Octopus Newsroom has implemented newsroom systems into more than 300 channels around the world. These include networks such as MediaCorp in Singapore, ZEE Media and India Today Group, Bloomberg throughout Southeast Asia, WELT in Germany, GMA7 in Philippines and VICE in the USA. The system integrates with over 60 different incumbent technologies including Vizrt, Sony, and EVS.

The Octopus Newsroom presence in Asia dates back to 2001 with its first Asian installation at India Today (AajTak) which was then followed by rapid growth in the region. This included a major installation with MediaCorp in Singapore. Today, the most influential newsrooms in the Philippines, Malaysia, Thailand, Myanmar, Vietnam, Singapore, Bangladesh, Sri Lanka, and Hong Kong critically rely on Octopus Newsroom to manage their newsroom operations daily.

The Asian office was founded in 2016 providing sales and local support with direct supervision from highly experienced colleagues from the HQ. By 2019, the company claimed their position as number one in the market with major projects in every Southeast Asian Country. The team speaks 6 Asean languages, has experience dealing with over 25 languages across 17 countries and provides a 24-hour support hotline.

Octopus Newsroom invites you to join them for one of three panel discussions with a specific emphasis on the needs of Asian Newsroom broadcasters: