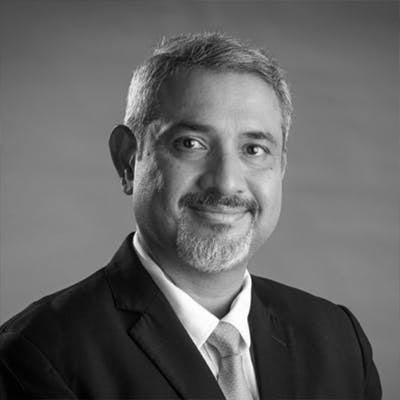 Over the past 13 years, he has held various leadership positions at Lenovo, including Vice President and Chief Operating Officer in Asia Pacific, where he drove Lenovo’s PC and tablet business across 25 markets and built a strong operations infrastructure. He was also the Managing Director for Lenovo India, where he grew the PC market share from 8% to 20% in less than a decade.

Prior to Lenovo, Amar worked at several leading Indian and global corporations, including Citibank, Idea Cellular, HCL Information Systems, and intel. He has been a key figure in the Indian IT industry and was a member of the Manufacturer’s Association for IT (MAIT), where he served on its Executive Committee for three years, and worked closely with the government to create policies and initiatives to accelerate India’s digital transformation.

He believes strongly in diversity and inclusion and serves on Lenovo’s Diversity & Inclusion board.

Amar holds an MBA degree from XLRI Jamshedpur, and a Bachelor’s degree in Electrical & Electronics Engineering from PSG College of Technology. Amar is based in Mumbai with his wife and son, and enjoys cooking and riding bikes in his spare time.